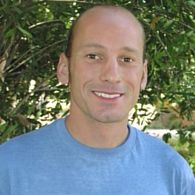 Will gained his PhD in 2009 from the University of California, Los Angeles (UCLA), where he studied the role of the atmosphere in driving large-scale variability of Southern Ocean sea ice. Following his PhD, Will was a post-doctoral researcher in the Ocean Circulation group at the NASA/Caltech Jet Propulsion Laboratory. His work at JPL involved combing satellite data with Argo float data to estimate the strength and heat transport of the Atlantic Meridional Overturning Circulation (AMOC). This ground-breaking time series is regularly updated and is widely used in the AMOC community.He came to Hobart in 2012 to take up a position in Ocean Detection and Attribution with the Institute for Marine and Antarctic Studies (IMAS), before moving to ACE CRC in March 2015.