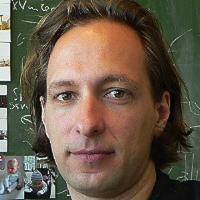 Associate Professor Dietmar Dommenget completed his Diploma (MSc) in Physics at the University of Hamburg. He started studying climate dynamics and climate model development at the Max Planck Institute for Meteorology in 1996 and finished his PhD in 2000. A/ Prof Dommenget joined the Estimating the Circulation and Climate of the Ocean project in a postdoctoral position at the Scripps Institution of Oceanography in La Jolla, California, to study the predictability of El Niño with an adjoint data assimilation scheme. After three years in California he returned to Germany, in 2003, for a fixed-term faculty position as a junior professor (lecturer) in the meteorology department at the GEOMAR Helmholtz Centre for Ocean Research, Kiel. Since 2010, he has been at Monash University in the atmospheric and climate science group of the School of Earth, Atmosphere and Environment. A/Prof Dommenget’s research focuses on large-scale climate dynamics and climate modelling. He works with climate models at all levels of complexity, with most of that work being centred on the development, conducting and analysis of coupled general-circulation models. He has also developed simple conceptual models of natural climate variability. Much of A/ Prof Dommenget's research focuses on sea-surface temperature variability in the tropical and extratropical oceans, and he is also known for his work on the interpretation of patterns and modes of climate variability. Recent projects focus on El Niño, climate model developments and climate change. A/ Prof Dommenget developed a new type of climate model for the conceptual understanding of the climate response to external forcing, which is a fast and simple tool for researchers, students and the public to understand the interactions in the climate system. An outreach program based on this is called the Monash Simple Climate Model