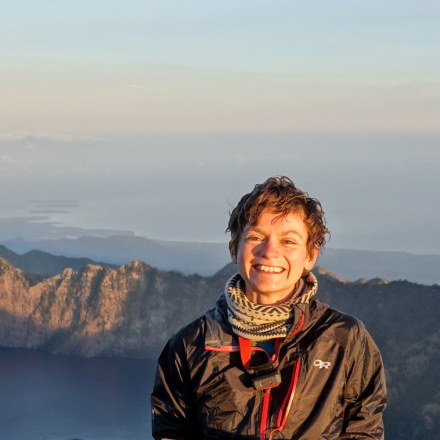 Ruth started her Honours year of a Bachelor of Philosophy (Science) in July 2018. Throughout her undergraduate studies at the Australian National University she has focussed on oceanography, climate science and applied mathematics. She has a particular interest in Antarctic processes.

THESIS: The impact of meltwater on Antarctic ocean circulation

Antarctic Bottom Water (AABW) is a dense water mass that fills the majority of the abyssal oceans and has a profound impact on the global climate system. Formation of AABW on the Antarctic continental shelf and its subsequent sinking to the abyssal ocean is sensitive to changes in surface buoyancy fluxes, including anticipated increases in freshwater inputs from the melting of Antarctic ice sheets. The effect of meltwater on AABW has been difficult to diagnose in ocean models since most models fail to capture the known mechanisms of AABW formation and transport. In this Honours project, a coupled ocean sea-ice model which resolves these mechanisms will be used to study the response of AABW to meltwater perturbations. The project aligns with CLEX goals of enhancing our capability to predict future climate extremes and understand present climate extremes by investigating how processes that are currently poorly resolved in most models may impact climate.