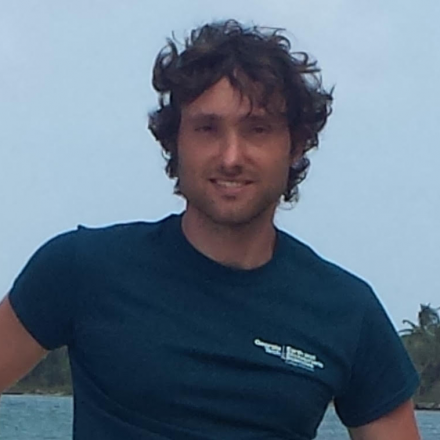 Giovanni Liguori received his PhD in Climate Dynamics and Oceanography with minor in Applied Mathematics from the Georgia Institute of Technology, USA, in 2018. His research activity is largely directed towards understanding the mechanisms that generate decadal-scale climate variability and climate change in the Pacific Ocean. During his PhD he diagnosed the role of extra-tropical El Niño precursor dynamics (e.g., Meridional Modes) in generating tropical decadal variability, and examined different mechanisms through which changes in mean state associated with anthropogenic forcing impact the dynamics of Meridional Modes. Currently, in view of recent studies that highlighted the importance of inter-basin linkages in determining the phase evolution of the Pacific decadal variability, he is expanding on his Ph.D. research to include the role of inter-basin interactions. Specifically, he is investigating the influence of inter-basin tropical sea surface temperatures on a Walker-like circulation using both realistic and idealized modelling frameworks, which is necessary because of the complexity of the interactions that characterize this circulation. Aside from his main research topic, he has great interest in climate extremes, ocean modeling, regional climate modeling, and paleoclimatology.