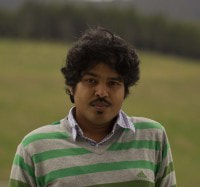 Bishakhdatta is an ARC Future Fellow and Senior Lecturer in the Department of Mechanical Engineering at the University of Melbourne. He received a degree in Bachelor of Mechanical Engineering from Jadavpur University in Kolkata, India in 2006, and an M.S. degree in Engineering Science, majoring in Fluid Mechanics, from the Jawaharlal Nehru Centre for Advanced Scientific Research, Bangalore, in 2007. He was then awarded a University of California Graduate Fellowship and received an M.S. (2010) and Ph.D. (2012) from University of California, San Diego. He moved to Australia to pursue his postdoctoral research at the Australian National University. He was Discovery Early Career Fellow (the Australian Research Council) from 2013-2016 and RJL Hawke Fellow (Australian Antarctic Science) from 2017-2018 at ANU before joining the University of Melbourne. Bishakh's research interest and experience lie in the areas of geophysical fluid dynamics, physical oceanography and computational fluid dynamics. He has expertise in designing and developing cutting-edge computer code for finite-difference and spectral methods to model geophysical and environmental flows. Bishakh’s current research interests are nonlinear internal waves in the ocean, turbulent convection, modelling of Antarctic ice melting and the Southern ocean dynamics. For more information regarding his research area and ongoing projects see his web page at https://sites.google.com/site/bishakhdattagayen/