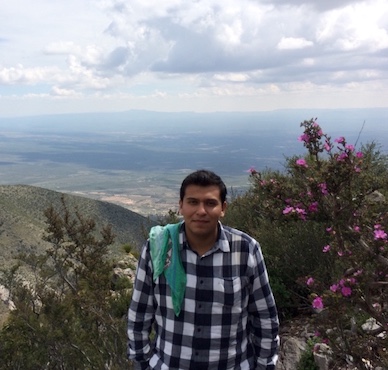 Clemente is a first-year Ph.D. student at The University of Melbourne. He got a master’s degree in Earth Sciences by the National Autonomous University of Mexico in 2015. He worked on the development and diagnosis of observational databases for Mexico, and the evaluation of uncertainties in mesoscale model outputs (e.g. WRF) for Mexico City. Also, he developed a regional diagnosis for the improvement of precipitation simulations using the WRF model with initialisation methods such as hybrid nudging technique, updated descriptions of the land-surface parameters, and sensitivity tests with parametrisations of cumulus in tropical regions. His research focuses on numerical weather prediction and mesoscale precipitation processes.

The Maritime Continent (MC) is a unique geographical region composed of a complex system of mountainous islands and shallow seas with complex coastlines located near to the Equator, between the Indian and Pacific Oceans. The MC region is characterized by high atmospheric convection activity, which is modulated primarily by sea surface temperature (SST) and high atmospheric moisture content. It has a significant role in global weather and climate systems, and large-scale and mesoscale sources of variability. The MC provides a good example of interactions amongst various coupled atmosphere-land-ocean phenomena over different space- and time-scales. MC rainfall characteristics are driven by two main forcings: SST and numerous islands. SST is a source of seasonal and interannual climate variability, while in the short term it is modulated the diurnal cycle induced by the islands. In particular, coastal rainfall in the region is dominated by squall lines propagating from the coasts. However, the temporal evolution of these squall lines is poorly resolved by sparse satellite observations, which represents a limitation in the analysis and diagnosis of mesoscale convective systems. This project will focus on new satellite products for observing and tracking mesoscale convective systems in the tropics, based on the 3D reconstruction of rainfall.