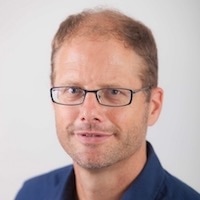 Professor Steven Sherwood received his bachelor’s degree in physics from the Massachusetts Institute of Technology in 1987. He was awarded a Master of Science in Engineering Physics from the University of California in 1991 and a PhD in Oceanography from the Scripps Institute of Oceanography, University of California, in 1995. He carried out postdoctoral research at Victoria University of Wellington (NZ) from 1996-1997 and was a research scientist at the NASA-Goddard Earth Sciences and Technology Centre from 1998-2000. In 2001 he joined the faculty of Yale University, reaching the rank of professor in 2007. He moved to Australia at the beginning of 2009, where he is Professor and Deputy Director of the Climate Change Research Centre at the University of New South Wales. Prof Sherwood is an established leader in atmospheric science. In particular, he has made significant contributions to the understanding of moisture-related processes in the atmosphere. His areas of study include atmospheric humidity; convective systems; interactions between clouds, air circulation and climate; remote sensing of storms; and observed warming trends. Within the ARC Centre of Excellence for Climate Extremes, Prof Sherwood and his team contribute to the research programs Extreme Rainfall and Climate Variability. Prof Sherwood was a Lead Author of the chapter on Clouds and Aerosols in the 2013 Intergovernmental Panel on Climate Change (IPCC) 5th Assessment Report, Working Group I, and a Contributing Author to the IPCC’s previous report in 2007. He also co-authored the first US Climate Change Science Program report, Temperature Trends in the Lower Atmosphere; contributed to The Copenhagen Diagnosis update on the science in 2009 and 2011; and contributed to the National Academy of Science’s Climate Science Questions and Answers, published in 2010. Prof Sherwood serves on the review board of the journal Science and on the steering committee of the World Climate Research Programme’s Grand Challenge on Clouds, Circulation and Climate Sensitivity. In addition to those international activities, he has co-authored more than 100 papers published in peer-reviewed journals. Some of these papers have been covered extensively by the international media; for example, his 2005 paper in Science on atmospheric warming – which was named as one of the top 100 scientific discoveries of the year by Discover magazine – and his 2014 study on climate sensitivity, published in Nature. Awards received by Prof Sherwood include the 2002 National Science Foundation CAREER award and the 2005 American Meteorological Association’s Clarence Leroy Meisinger award. In 2014 he was a Eureka Prize finalist and in 2015 he commenced an ARC Laureate Fellowship. Aside from giving numerous invited presentations at scientific meetings or colloquia worldwide, Prof Sherwood has given many public presentations, including a briefing in the US House of Representatives, along with television and radio appearances and public lectures at many venues.