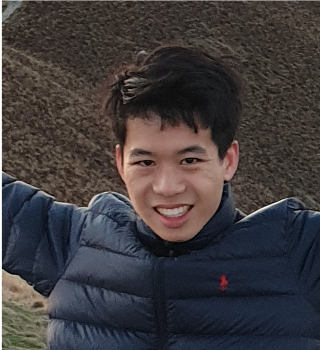 Isaac Tan has a BSc in Meteorology and Climate Science (Industrial) at the University of Leeds, UK. During his degree, he was also involved in summer research placements at the Institute of Climate and Atmospheric Science (ICAS) located within the department, as part of the funded Laidlaw Scholarship programme. During his placement year in 2017-2018, Isaac worked at Meteorological Service Singapore (MSS) in the weather services department. He is working on 2 publications alongside his PhD, one from the Laidlaw Scholarship research project, and one from his final year undergraduate dissertation.

THESIS: The Mesoscale Dynamics of Monsoon Cold Surges over the Maritime Continent

Cold Surges (CSs) are large-scale monsoon weather systems that occur during the Boreal winter season, typically between November and February (Lim et al., 2017). Over the MC region, CSs are typically identified by the strengthening of prevailing northerly to north-easterly winds, and in some cases, extreme prolonged rainfall events and floods, particularly over low-lying areas. On a synoptic scale, CSs are well represented in forecast models. However, there are major research and knowledge gaps regarding CSs mesoscale dynamics, such as the leading-edge structure that might resemble a gravity current, and the initiation of convection that is possibly associated with frontal systems. Given the socioeconomic impacts of heavy rain and flooding over vulnerable regions within the MC region, it is important to advance the scientific understanding of CSs to facilitate model development which will subsequently result in better forecasts, and operational severe weather warnings for vulnerable regions that are likely to be affected by heavy rainfall and flooding. In broader context, this study will contribute to an improved scientific understanding on the dynamics of tropical/equatorial weather systems, that is otherwise decades behind the current understanding of the midlatitudes. In relation to climate, this work could inform projections on how the timing, frequency, and intensity of CSs could change in the future.