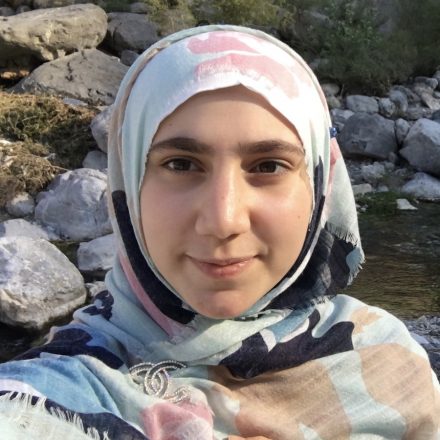 Maryam is a full-time Honours student of Atmospheric Science at Monash University, working on understanding model outputs with regards to ENSO modelling. Her majors are Atmospheric Science & Geographical Science, with a minor in Astrophysics. Maryam graduated from Ballarat Clarendon College in 2017. In the past Maryam has worked with aqua-planet models to understand the influence of solar radiation on the presence of liquid water on exoplanets. However, her interests are more Earth-oriented atmospheric science, with a particular interest in climate variability.

THESIS: The Asymmetries in the ENSO Phase Space

Current state-of-the-art climate models use simplified ocean-atmosphere coupling equations to simulation complex modes of climate variability. One such mode of climate variability is the El Niño Southern Oscillations (ENSO). Models generally look at a symmetrical phase space in which the two prominent phases of ENSO, El Niño & La Niña, have equal effects on the sea-surface temperature & the thermocline depth. However, observations of ENSO indicate that this is not the case. Further, tests undertaken to measure the accuracy of these models find them to be bias, with coefficients in the equations selected to mimic the past ENSO patterns. Such biases & simplifications make changes in the atmosphere & ocean difficult to understand & predict. An understanding of ENSO phase asymmetries will shed light on the interactions of the tropical atmosphere & tropical oceans at different stages of ENSO. This understanding will also aid in proposing a less bias model for ENSO in state-of-the-art climate models, thus giving us a better understanding of the changes in ENSO at different Representative Concentration Pathways (RCPs). Beyond this, a comparison of these asymmetries before visible effects of anthropogenic climate change & after, may aid in understanding how climate change affects ENSO & how ENSO may change in the future.