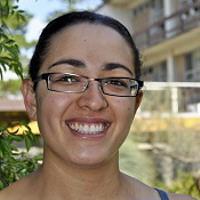 NSW Office of Environment and Heritage
NSW Department of Planning, Industry and Environment

​Biography Stephanie is based at the NSW Office of Environment and Heritage. Stephanie’s research focuses on large-scale circulation using both models and observations. She has been the lead author for several multi-model projects that assess the ability for climate models to represent the current and past climate, and determine the coherence in projections of how the ocean will change over this century. Stephanie is now working on estimating the regional response of the world’s strongest current, the Antarctic Circumpolar Current, to wind forcing in high resolution models. When she’s not neck deep in climate model projects, Stephanie estimates the deep ocean circulation pathways associated with hydrothermal plumes that carry heat and tracers (e.g., helium, iron, manganese) thousands of kilometres across the global ocean. Stephanie is currently working on discovering unexplored vents and improving our understanding of how major deep ocean currents interact. ​ Before joining the NSW Office of Environment and Heritage, Stephanie was a Research Fellow at the ACE CRC at the University of Tasmania and prior to that a Research Fellow at Australian National University as part of the ARC Centre of Excellence for Climate System Science. Prior to joining the Centre of Excellence, Stephanie was a Postdoctoral Research Associate at Princeton University, USA, where she worked with members of both the Princeton and Geophysical Fluid Dynamics Laboratory (GFDL) communities to estimate the transformation of deep waters into mode and intermediate waters in some of the GFDL models and observationally-based estimates. Stephanie's PhD research (2009; University of Tasmania) examined the role of buoyancy forcing and wind stress in driving climate projections in the formation of Sub-Antarctic Mode Water and Antarctic Intermediate Water.