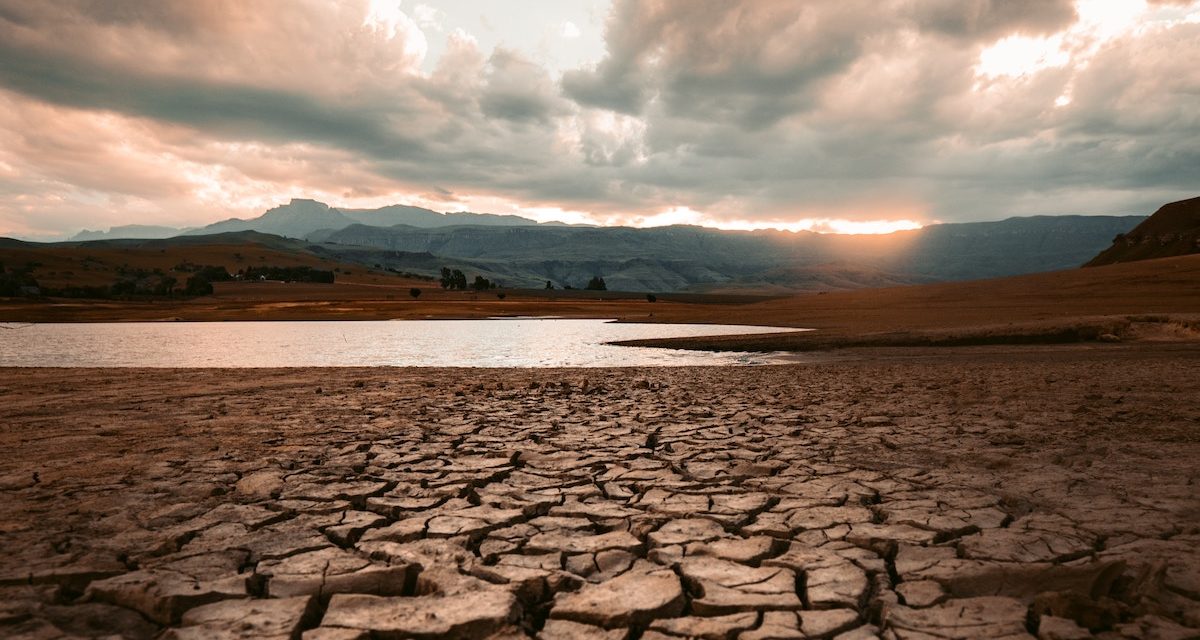 In an hour-long talk to a business forum, Andy Pitman said: “there is no link between climate change and drought”. Given the audience were not climate scientists, or interested in the physics of the climate, this statement was one word too brief. Andy fully admits he should have said: “there is no direct link between climate change and drought”. How global warming and drought interact is really complex and to understand it you need to get down and dirty in the detail, which you can find below.

If you google links between global warming and drought you will discover statements like:

“Higher average temperatures will increase the amount of water lost to evaporation and reduce soil moisture. This means more rainfall will be absorbed into the soil, resulting in less runoff, reduced river flows and less water being stored and regulated by dams.”

The above quote comes from the Murray-Darling Commission1. This statement links higher average temperatures with higher evaporation and lower soil moisture. Why? 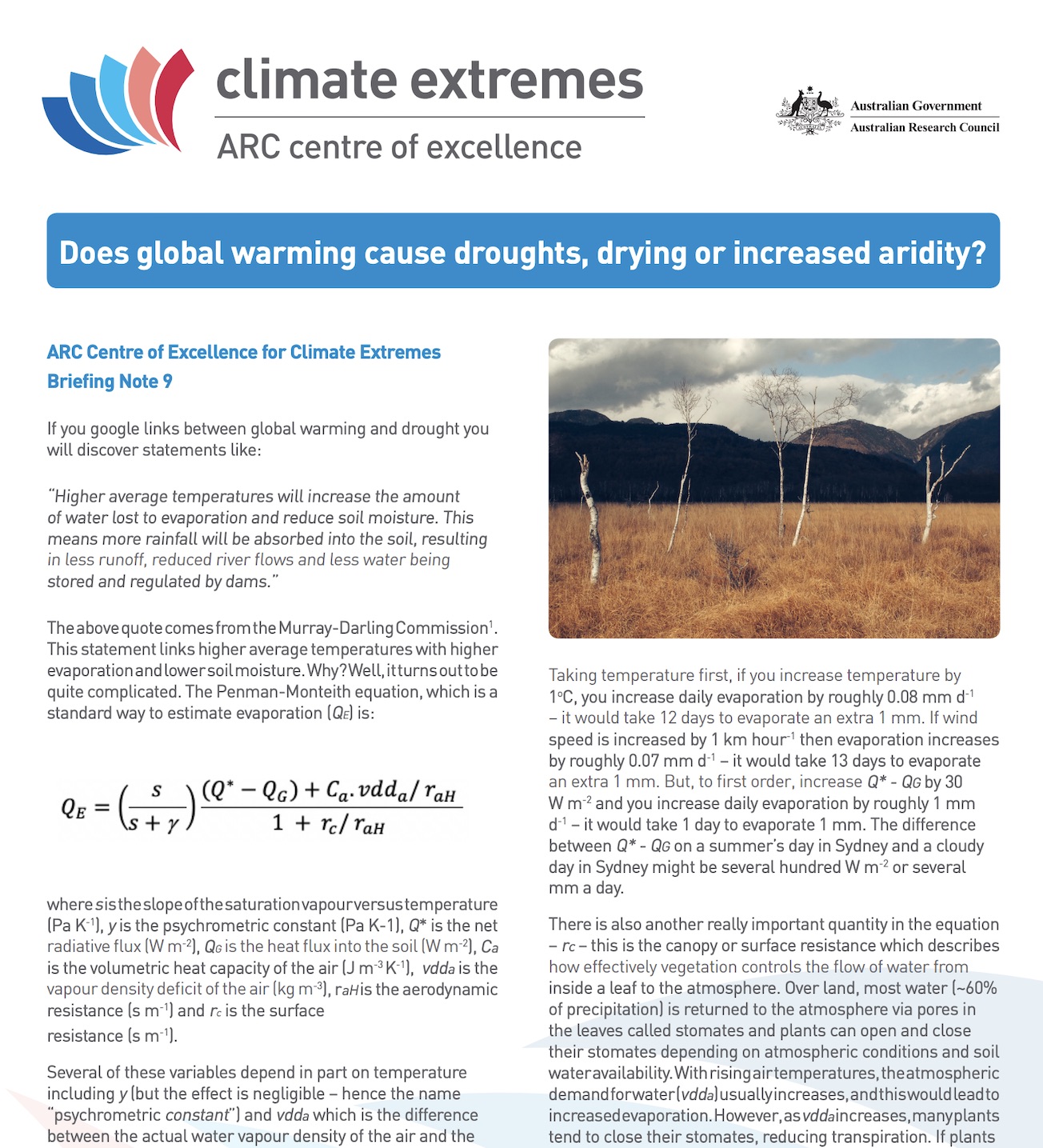 Well, it turns out to be quite complicated. The Penman-Monteith equation, which is a standard way to estimate evaporation (QE) is:

Several of these variables depend in part on temperature including g (but the effect is negligible – hence the name “psychrometric constant”) and vdda which is the difference between the actual water vapour density of the air and the water vapour density if the same air were saturated.

However, there are two critical variables in the above equation. Q* – QG  is the amount of energy available to support the evaporation (QE). raH describes how efficiently molecules of water can be transferred from the surface into the atmosphere – this is effectively turbulence which is why QE is known as a turbulent energy flux – and is driven by wind speed.

So, what increases evaporation? The main factors are more radiative energy (e.g., sunlight), lower atmospheric humidity (i.e., higher vdda which is in turn linked with air temperature) and more wind.

There is also another really important quantity in the equation – rc – this is the canopy or surface resistance which describes how effectively vegetation controls the flow of water from inside a leaf to the atmosphere. Over land, most water (~60% of precipitation) is returned to the atmosphere via pores in the leaves called stomates and plants can open and close their stomates depending on atmospheric conditions and soil water availability. With rising air temperatures, the atmospheric demand for water (vdda) usually increases, and this would lead to increased evaporation. However, as vdda increases, many plants tend to close their stomates, reducing transpiration. If plants did not close their stomates they would risk wilting and death. In addition, higher CO2 appears to help plants function more efficiently and take up more CO2 per unit loss of water. In other words, CO2 as the driver of global warming may actually help reduce the risk of drought by helping plants to preserve water. In short, in the real world, recognising that most evaporation from land surfaces passes through plants, it is too simplistic to say that warmer temperatures necessarily lead to higher evaporation or that warmer temperatures cause drought.

The confusion between warming and actual evaporation is understandable. When it is hot, water seems to evaporate faster. But is this because it’s hot? Actually no, the temperature really is not critical to evaporation rates. It tends to be hot under conditions of clear skies, lots of sun and warm air being advected. It tends to feel hot under similar conditions, and when the humidity is high. Clear skies and lots of sun imply very high Q* – QG. If there are trends in Q* – QG then there will likely be trends in QE.

So, does global warming cause a drying landscape, and increasing risk of or intensity of drought?

If you ask this question directly (do warmer temperatures directly increase evaporation and thereby cause droughts or intensify droughts), the answer is no.

If you ask this question in the broader sense (does global warming cause droughts, or intensify droughts) the answer is both yes and no because it depends where you are on the planet.

If global warming causes local declines in rainfall there is the potential that this will cause or intensify drought. So, first and foremost, drought is a question of rainfall and global warming is changing the intensity of rainfall and rainfall patterns such that some regions are getting wetter while some regions are getting drier. In Australia, rainfall has declined in the southwest, parts of southern Australia over the last century and in eastern Australian over the last 30 years. You can explore how rainfall has changed over various time periods using: http://www.bom.gov.au/climate/change. Future changes in rainfall, and particularly drought-breaking rainfall events, remain uncertain over most of the country. Accurate projections of regional rainfall patterns through the 21st century is one of the grand challenges in climate science.

If global warming does not change the amount of rainfall but changes the intensity this can also lead to changes in the risk of drought. If climate change intensifies rainfall (there is evidence this is happening, see Guerreiro et al., 2018) less water infiltrates into the soil and more enters streams and rivers. This increases the risk of a soil moisture drought, but decreases the risk of a streamflow drought. So, how global warming influences drought depends very much on the kind of drought (meteorological, hydrological, agricultural and so on) you are talking about.

A critical question linking global warming and drought is linked to cloud cover and the amount of energy available for evaporation (Q* – QG). If global warming changes the circulation of the atmosphere, teleconnections between phenomena like El Niño and rainfall over the continents, the location of storm tracks, the climatology of blocking high-pressure systems and so on, these affect the amount of energy available for evaporation. This can dry a landscape rapidly and both cause and amplify drought. Of course, it is possible for some of these things to bring more cloud or more moisture to a region and suppress drought.

Finally, global warming is caused by higher CO2 in the atmosphere. That same CO2 acts as a fertiliser for vegetation, at least to some degree, and allows photosynthesis to be more water-use efficient, at least until nutrients become limiting. The warmer temperatures enable some vegetation to start their growing cycle earlier or extend their growing period for longer. If vegetation remains productive for longer periods (i.e., transpire for longer) this can dry catchments and reduce water yield (the amount of rainfall that flows out of the catchment into dams or rivers). In terms of vegetation, once a drought is established, the fact that the background climate is warmer does lead to greater stress for plants.

In summary, global warming is leading to higher temperatures, more intense heatwaves, sea-level rise, ocean acidification, more intense rainfall and so on. Global warming can also lead to increased aridity, and worse droughts, by changing rainfall patterns and the spatial distribution of energy at the surface (i.e., sunlight) – these can combine to significantly change the available water at the surface. However, the statements in the media and elsewhere that a warmer atmosphere causes higher evaporation is more tenuous, although the statement that lower evaporation causes a warmer atmosphere is much more reasonable.

UMELB01: TRENDS OF FOSSIL FUEL AND POLLUTANT EMISSIONS IN SOUTHEAST ASIAN CITIES BASED ON SATELLITE DATA AND MACHINE LEARNING 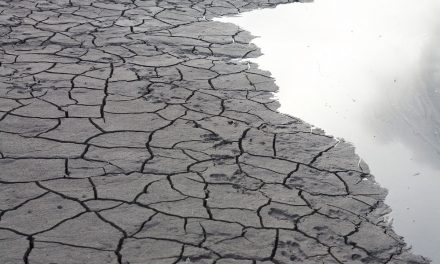 PhD Opportunity: Unravelling the past and future of Australian droughts 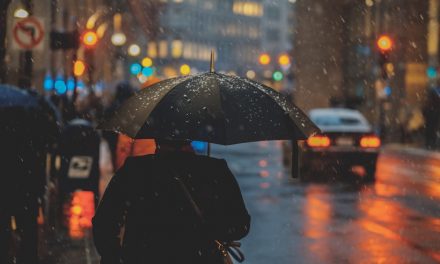