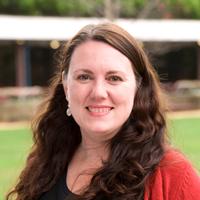 Associate Professor Melissa Hart has used her role as Graduate Director of the ARC Centre of Excellence for Climate System Science to lead and develop a national, cross-institutional graduate program which has reimagined the traditional Australian PhD. With a vital combination of breadth, depth, support and collaboration, the program has provided over 120 graduate students with the skills, knowledge and experience fundamental to developing world-leading climate science researchers. A/Prof Hart completed her Bachelor of Science (Hons) in 2001 and her PhD in Atmospheric Science in 2006, at Macquarie University. During her PhD studies she worked part-time at the well-respected air quality consultancy Holmes Air Sciences (now Pacific Environment). She then spent two years as a postdoctoral researcher at Portland State University, Oregon, working on the National Science Foundation-funded Feedback between Urban Systems and the Environment (FUSE) project. This was followed by five years in a faculty position in the Department of Geography, the University of Hong Kong, China. A/Prof Hart’s main research focus is in the area of urban climate; in particular, the impact of land use, surface characteristics and anthropogenic activities on the climate of cities, along with quantification of the magnitude of the Urban Heat Island. She is also working in the area of air pollution meteorology, particularly air pollution impacts from hazards reduction burns. A/Prof Hart holds an honorary position in the Department of Geography, the University of Hong Kong. She is a member of the Science Advisory Panel for ClimateWatch Hong Kong and China and of the Bureau of Meteorology’s Course Advisory Committee.