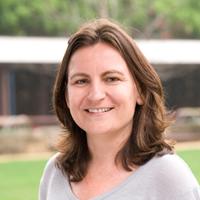 Professor Lisa Alexander holds a Bachelor of Science, a Master of Science in Applied Mathematics and a PhD from Monash University. Between 1998 and 2006 she worked as a research scientist at the UK Met Office Hadley Centre, with a year on secondment at Australia's Bureau of Meteorology. Prof Alexander's primary research focuses on understanding the variability and driving mechanisms of climate extremes. Of particular significance is her ongoing work assessing global changes in temperature and rainfall extremes, which has contributed significantly to the Intergovernmental Panel on Climate Change (IPCC) assessments. For her contributions to this area of research, Prof Alexander was awarded the 2011 Priestley Medal by the Australian Meteorological and Oceanographic Society and the 2013 Australian Academy of Science Dorothy Hill Award. In 2020 she became a fellow of the Australian Meteorological and Oceanographic Society. Prof Alexander contributed to the Intergovernmental Panel on Climate Change (IPCC) assessments in 2001, 2007 and 2021 and to its 2012 Special Report on Extremes. She was a Lead Author of the IPCC's 5th Assessment Report. Prof Alexander also chairs a World Meteorological Organisation Expert Team, is a member of the International Association of Meteorology and Atmospheric Sciences Executive Committee and sits on the Joint Scientific Committee of the World Climate Research Programme.