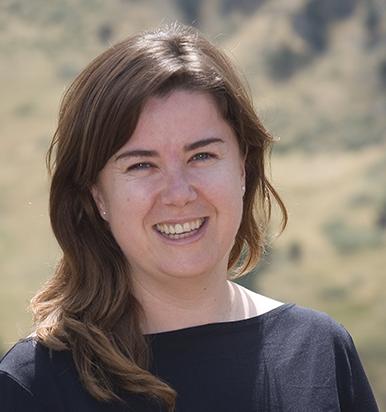 Julie Arblaster is a professor in the School of Earth, Atmosphere and Environment at Monash University, having moved there in 2016 after many years at the Bureau of Meteorology and before that at the National Center for Atmospheric Research (USA). Professor Arblaster’s research interests lie in using climate models as tools to investigate mechanisms of recent and future climate change, with a focus on shifts in the Southern Hemisphere atmospheric circulation, tropical variability and climate extremes. She is particularly interested in the interplay between the predicted recovery of the Antarctic ozone hole over coming decades and greenhouse gas increases in future climate projections, with its potential impacts on the surface, ocean circulation and sea ice. Recent work has also focused on explaining extreme events in Australia – such as record-breaking temperatures and rainfall – from a climate perspective, both in terms of the role of human influences and the diagnosis of the climate drivers. Prof Arblaster's research incorporates the use of observations, multi-model datasets and sensitivity experiments with a single model. Her strong collaboration with the National Center for Atmospheric Research and her participation in various international committees and reports enhances her engagement with the latest advances in climate research internationally. Prof Arblaster was awarded the 2014 Australian Academy of Science Anton Hales Medal for research in earth sciences and the 2018 Priestley Medal from the Australian Meteorological and Oceanographic Society. She was an active member of the World Climate Research Programme's Stratosphere-troposphere Processes and their Role in Climate scientific steering group from 2011-2016 and served as a Lead Author of the Intergovernmental Panel on Climate Change 5th Assessment Report and the 2014 WMO/UNEP Scientific Assessment of Ozone Depletion. Prof Arblaster has also served on national committees, including the National Climate Science Advisory Committee, the Australian Academy of Science’s Australian Climate Science Capability Review and the National Committee on Earth System Science.