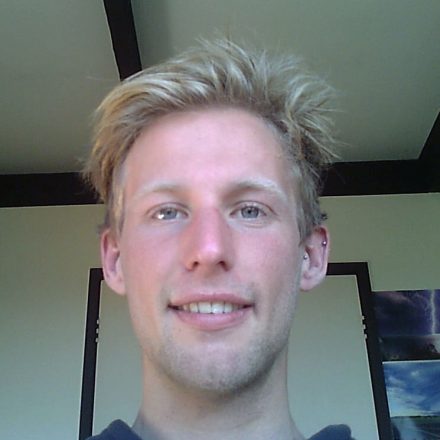 Josh has completed an Honours year in the School of Earth Science within the University of Melbourne.

The forecast skill for tropical cyclones over the past twenty years has not developed at a similar rate to other forecast products. This may be in part due to neglection or misrepresentation of particular factors in the models. One such factor is the effect of wave mixing at the air-sea interface, particularly the effect of mixing by unbroken surface waves. The effect of these waves can be included into the model using a parameterization for this mixing process. This project will focus on updating relevant parts of the new MOM6 model to incorporate the parameterization for upper-ocean mixing due to unbroken surface waves. These waves may play a key role in determining the intensity of tropical cyclones. Waves at this interface can influence multiple different factors such as sea surface temperature and depth of the mixed layer through increased turbulence, and heat fluxes due to increased spray off the crests of the waves. This parameterization can also be applied to Extra-Tropical Cyclones to investigate the effect these waves have on storms of this type. As this project will be one of the first to use the new MOM6 model, I will have to run tests on the model in differing applications to ensure it is working properly, as well as learning how to operate it. The MOM6 model offers advanced regional capability in comparison to MOM5, meaning it can incorporate smaller scale details such as bathymettry, and more finely resolve the complex wave pattern and subsequent turbulent mixing surrounding a tropical cyclone, and various effects that this mixing will cause. Depending on time constraints this project will also investigate the effect of unbroken waves on Arctic sea-ice. This would be done using a coupled model of the NOAA Wavewatch III and the MOM6 models. Upon completion of the various technical issues associated with the coupling of the Wavewatch III and MOM6 models this coupled model can be used to experiment with various parameters of the waves, mixed layer and the Arctic sea-ice to observe how it differs to the uncoupled MOM6 model. This project strongly aligns with the Climate Variability and Teleconnections CLEX Research Program led by Matthew England and Andy Hogg as a tropical cyclone is a very prominent coupled ocean-atmosphere event. This experimentation will assist a deeper development in the understanding of air-sea interaction processes surrounding tropical cyclones, allowing for an increased prediction skill and hence reduce Australia’s economic, social and environmental vulnerability to tropical cyclones.