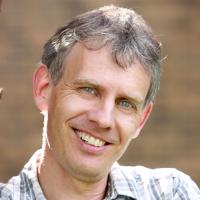 Professor Christian Jakob was awarded his PhD in Meteorology by the Ludwig Maximilians University, Munich, in 2001. As a research, then senior research, scientist for the European Centre for Medium-Range Weather Forecasts from 1993 to 2001, he worked on the development and evaluation of the model representation of clouds, convection and precipitation. From 2002 to 2007 he was senior and principal research scientist of the Australian Bureau of Meteorology, and since 2007 he has been a professor at Monash University. He currently is the Chair of Climate Modelling at Monash’s School of Earth, Atmosphere and Environment. Prof Jakob’s experience and current interests are in the development and evaluation of the processes crucial to the energy and water cycles in global atmospheric models. Internationally, he is engaged in many scientific and collaborative activities. He is the current Co-chair of the World Climate Research Programme's (WCRP) Digital Earths Lighthouse Activity. Before that, he co-chaired the WCRP Modelling Advisory Council (2012-2017) and led the prestigious Working Group on Numerical Experimentation (2008-2012). He was Chair of the WCRP’s Global Energy and Water Cycle Experiment (GEWEX) Modelling and Prediction Panel from 2007 to 2010. Before that, Prof Jakob successfully led the GEWEX Cloud System Study, in which a group of about 150 scientists collaborated on the development and evaluation of cloud and convection representation in models. He co-led the Tropical Warm Pool International Cloud Experiment in 2006. In recognition of his prominent position in the climate science field, Prof Jakob was a Lead Author for the Intergovernmental Panel on Climate Change 5th Assessment Report, Working Group 1. In 2016 he won the Ascent Award of the American Geophysical Union’s Atmospheric Sciences Section, and in 2018 he was elected a fellow of the Australian Meteorological and Oceanographic Society (AMOS). He was awarded the AMOS Morton Medal in 2019.