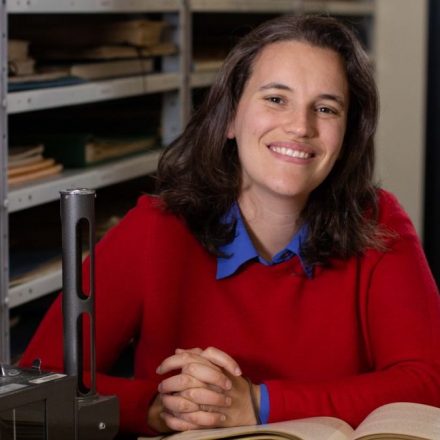 Linden is a lecturer in climate science and science communication at the School of Earth Sciences at the University of Melbourne. She completed her PhD on historical climate records for Australia at the University of Melbourne in 2014, and has since worked in research and communication roles at the Bureau of Meteorology, Universitat Rovira i Virgili and the Earthwatch Institute. Her current work involves the recovery of historical weather observations from across Australia to shed light on past climate events. Linden is also interested in the role of citizen science to engage and educate communities about climate change. Her career highlights so far include going behind the scenes at the British Science Museum, working with a farmer in Armidale to rescue his grandfather’s weather diaries, presenting videos on climate science for the Bureau of Meteorology, and being part of the winning team for the 2014 Eureka Prize for Interdisciplinary Research. Linden is a regular on Einstein A Go Go on Melbourne's 3RRR radio. She is also the Editor in Chief of the Royal Meteorological Society’s Geoscience Data Journal and co-Editor in Chief of the Bulletin of the Australian Meteorological and Oceanographic Society.