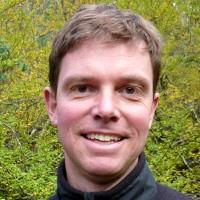 Institute for Marine and Antarctic Studies
University of Tasmania
+61 3 6226 8595
peter.strutton@utas.edu.au

Professor Pete Strutton received his bachelor’s degree with honours in marine science from Flinders University of South Australia in 1993. He went on to complete his PhD in Marine Science in 1998. He then left Australia to take up a postdoctoral position with the Monterey Bay Aquarium Research Institute in California, which he held until 2002. From 2002-2004 he was an assistant professor with the State University of New York’s Marine Sciences Research Centre and from 2004-2010 he was an assistant, then associate professor at Oregon State University’s College of Oceanic and Atmospheric Sciences. In 2010, he returned to Australia on an ARC Future Fellowship. Since then he has risen from associate professor to full professor at the Institute for Marine and Antarctic Studies, University of Tasmania. Prof Strutton’s research focuses on biological oceanography and his standing as an Antarctic and Southern Ocean scientist is recognised internationally. He has considerable expertise in how modes of variability – such as El Niño – and internal ocean waves affect nutrients in the ocean, biological productivity and carbon cycling. In the ARC Centre of Excellence for Climate Extremes Prof Strutton contributes to the Climate Variability program, and he is also contributing to projects in the area of marine heatwaves. His research concentrates on the drivers of observed changes in biogeochemical cycles, including oxygen, carbon and nutrients, with a recent and continuing focus on eddies. Prof Strutton is an experienced supervisor and mentor of early career researchers. He currently oversees two postdoctoral researchers and several PhD and honours students. He has an extensive publication record that spans Antarctica to the tropical Pacific and the Labrador Sea. He is a past editor for the journal Geophysical Research Letters and former leader of the Bluewater and Climate Node for Australia’s Integrated Marine Observing System. He also serves on the scientific steering committee and biogeochemistry task team for the redesign of the Tropical Pacific Observing System (tpos2020.org).