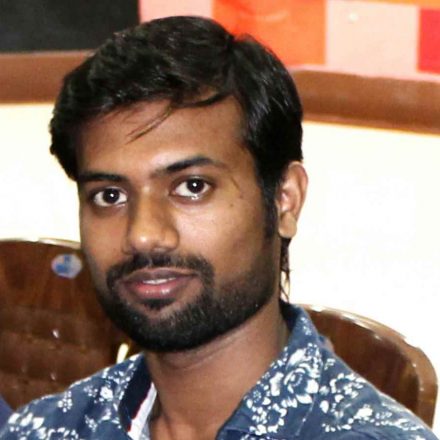 Ankit completed mhis graduation from the Aeronautical Society of India (AeSI) in 2015, after which he joined the Indian Institute of Technology Kharagpur (IIT Kharagpur) for Masters in Aerospace Engg where he started his research journey in computational fluid dynamics (CFD). Ankit worked for a year as a Lecturer before commencing his joint PhD degree in 2018 at the IIT Kanpur and the UniMelb to pursue his research career in geophysical fluid dynamics (GFD).

Ocean circulation, which is associated with a large range of length scales, including small-scale convection at high latitudes in the polar regions, kilometer-scale eddies, horizontal gyre recirculation at the basin scale and fronts and global abyssal overturning cells, is a vital part of the global climate system, absorbing and transporting heat energy, melting polar ice-shelves, upwelling nutrients and playing a large role in the carbon cycle. Deep convection at the Southern Ocean (SO) completes the circuit of world ocean currents by connecting the surface ocean to the abyssal of three major ocean basins, viz. Pacific, Indian, and Atlantic; therefore, it is very crucial to study the contribution of open-ocean convection in the global climate. Temporal and spatial data related to deep-convection is sparse, and convection is poorly represented in large-scale ocean/climate models. The aim of my PhD work is to understand the role of the convection process on the formation of deep water in SO. Turbulence-resolving numerical experiments on an idealized domain will be performed using the cutting edge direct numerical and large eddy simulations in the same dynamical regime of polar convective events. We will also investigate the role of salinity, wind, and topography in influencing the flow dynamics during convection. Along with the Eulerian field, the dynamics of Lagrangian particles will be used to diagnose the numerical simulations. The analysis can help to improve the parametrization of the complex process of the open-ocean convection in ocean climate models.