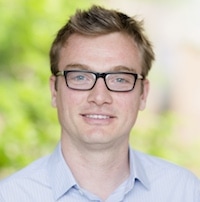 Professor Todd Lane was awarded his PhD in Applied Mathematics from Monash University in 2000, having completed his bachelor’s degree in 1997. He was a postdoctoral fellow with the National Center for Atmospheric Research (USA) from 2000-2002 and a staff scientist from 2003-2005. He joined the University of Melbourne in 2005, where he is now Professor in the School of Earth Sciences. Between 2010-2014 he was an ARC Future Fellow.   Prof Lane’s primary research focus is on atmospheric processes. He is internationally recognised as an expert on tropical thunderstorms, atmospheric waves and turbulence. He has made important contributions to many aspects of mesoscale meteorology, convective cloud dynamics and high-resolution atmospheric modelling. Prof Lane's research within the ARC Centre of Excellence for Climate Extremes is focused on extreme rainfall. He uses high-resolution cloud and weather prediction models to determine the processes controlling rainfall extremes – and to better predict them. Of particular emphasis is the formation of organised convective systems and their roles in rainfall extremes. Prof Lane has held numerous leadership positions, including president of the Australian Meteorological and Oceanographic Society (2014-2015), chair of the American Meteorological Society’s Committee on Mesoscale Processes (2012-2015) and editor of Monthly Weather Review (2016-2018). He has received awards from the American Meteorological Society, the Australian Academy of Science and NASA, and he is a fellow of the Australian Meteorological and Oceanographic Society.