Zaved Khan (Bureau of Meteorology). Modelling seasonal rainfall forecasts forced with improved predictive ocean surface temperature Seasonal rainfall forecasts are in high demand for users such as irrigators and water managers in decision making and risk management. Both statistical and dynamical models are widely used to generate probabilistic rainfall forecasts in advance for a season. Statistical prediction systems establish a stationary relationship between the predictor and the predictand variables. On the other hand, dynamical models are based on the laws... View Article

November 2, 2018 10:30 am Published by Climate Extremes Leave your thoughts

Andreas Oschlies (GEOMAR Helmholtz Centre for Ocean Research). Oceanic anoxic events have been associated with warm climates in Earth history, and there are concerns that current ocean deoxygenation may eventually lead to anoxia. On the contrary, results of a multi-millennial global-warming simulation reveal, after a transitory deoxygenation, a marine oxygen inventory 6% higher than preindustrial despite an average 3°C ocean warming. The initial, centennial-scale ~20% decline of oxygen is consistent with earlier studies and reflects changes in solubility and ocean... View Article 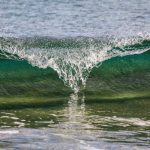 This research aims to explore subtropical mode water in the South Atlantic and investigate the physical processes behind its formation and variability. 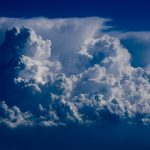 This project will examine ‘mixed teleconnections’ using coupled climate models. In particular, we will examine how El Nino and La Nina events can affect western boundary currents in the Pacific and Indian basin. It will involve using large model and observational datasets and require a background in either MATLAB or python. Some experience with linux is desirable.