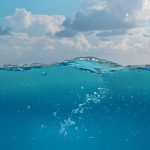 May 13, 2020 10:33 am Published by Climate Extremes Comments Off on Research brief: Why turbulence prevents models from replicating deep open-ocean convection

March 2, 2020 8:00 am Published by Climate Extremes Leave your thoughts

Nathaniel Bindoff (UTas / CLEX) & Jess Melbourne Thomas (CSIRO) Summary: Two Tasmanian authors of the UN report on oceans and climate change discuss the implications for Australia and its surrounds. In September 2019 the UN Intergovernmental Panel on Climate Change (IPCC) released its Special Report on the Oceans and Cryosphere in a Changing Climate (SROCC). The report assesses the physical processes and impacts of climate change on ocean, coastal, polar and mountain ecosystems. It also assesses the consequences for... View Article

Beer Aquatic – What happens to the oceans during an ice age?

Ever wonder how the oceans coped with ice ages? What sort of changes might have happened? And how can we study these now? Don you Tassie Tuxedo and come down to the Hobart Brewing Company to explore these chilly topics on a chilly July night with Zanna Chase of IMAS. 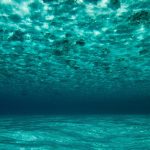 UNSW02: Pushing the ocean to extremes

July 19, 2019 2:00 am Published by Climate Extremes Comments Off on UNSW02: Pushing the ocean to extremes

We are seeking a summer student to help understand the asymmetric and often surprising behaviour of the ocean in response to rapid warming and cooling to better understand the ocean's role in climate change. 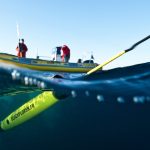 May 29, 2019 2:18 pm Published by Climate Extremes Comments Off on Research brief: Observations of small ocean eddies in the Arctic using glider technology

Using novel ocean glider technology, a team of researchers from France, Norway, and Australia observed small eddy-like lenses of cold water in July 2017 along the western Svalbard shelf in the Arctic. 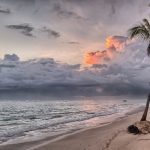 The aim of this project is to gain a better understanding of the drivers of seasonal climate extremes over Australia, with a focus on the potential role of tropical ocean basins. The student researcher will use a range of observations and climate model outputs to examine the variability of extreme temperature and rainfall across Australia. 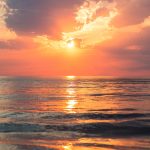